These are my books so far. Mostly rated 4 or 5 star on Amazon The Eastern Door https://www.amazon.com/Eastern-Door-Smithyman-Saga/dp/1611792797/ref=sr_1_1?crid=2KCL1UHBY1HMG&keywords=The+Eastern+Door&qid=1669580310&s=books&sprefix=the+eastern+door%2Cstripbooks-intl-ship%2C99&sr=1-1 "I bought The Eastern Door , The Lily and the Rose and Liberty's Children and after reading them I have an entirely different view of the American Revolution. I had only read and heard the stories from the American view point. These books give a day to day view of life in the colonies from the loyalist view point. I was deeply impacted with the stories of the settlers and their dealings with the natives, another story that is not explained in American history. When you read these books it reveals a more complete explanation of the story and the human face of the struggles. It is often said history is written my the winners, well here is the story from the other side. It is a rea
Post a Comment
Read more 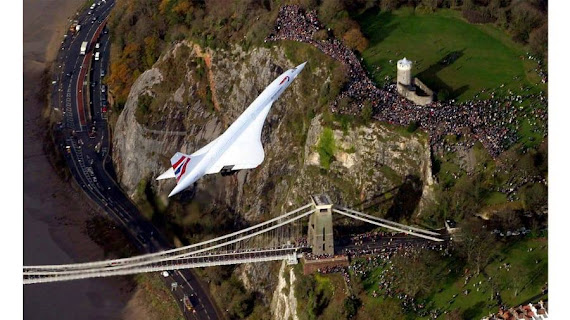 In contrast to my essay below, here is a photo of Concorde's last flight. One of the truly sublime creations of human endeavours A new post!  One reason I want to return to this blog is for therapeutic reasons, in that this space is probably far better suited to expressing my thoughts than the comments section of CBC. 'Nuff said, I am sure, for anyone who has dared to wade into that cesspool, particularly after the three week long occupation of our capital city, Ottawa, in February of this year by about a thousand folks who called themselves truckers and demanded that the government obey them and eliminate Covid vaccine mandates for the truckers who crossed the border into the States as part of earning their living. I am attempting to cleanse myself of the toxic environment there. I may go into my reflections on that event sometime later, but a six-week long judicial inquiry wrapped up yesterday with the day-long testimony of our Prime Minister. He was interrogated, under oath
Post a Comment
Read more
More posts